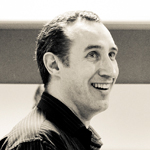 Since graduating from the CCAT School of Music in 1987 Julian has been working as a freelance reed player, composer, arranger and teacher. Along with Superstition, he leads his own jazz-fusion outfit, ‘706’, who have recorded several times for the BBC and two albums, as well as appearing at regional jazz clubs and the Edinburgh Festival.
In 1990 he formed and is now the Musical Director of the “78 RPM Big Band” which was one of the prize-winning bands of the 1993 BBC Radio 2 Big Band Competition. In the same competition he scooped the coveted Marty Paich Trophy for best arranger. His various instrumental and arranging skills have led him to work with The Drifters, Cathy Dennis, Bernie Marsden (Whitesnake), Colin Blunstone (The Zombies), Don Airey (Rainbow/Gary Moore/Deep Purple), Katrina And The Waves (1997 Eurovision Song Contest Winners), The Nolan Sisters, Maggie Moone, Susan Maughan, Mike Fabgere and The Permissive Society, “Carpenters Interpretations”, and “Manhattan Nights”, a tribute to Neil Diamond and Barbra Streisand. He has worked on the QE2 and in pantomime with Lionel Blair, Dora Bryan, Nicholas Parsons, Robert Powell, Martine McCutcheon, John Pickard, and most recently for Kevin Wood Productions with Toyah Wilcox. 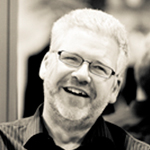 As with many musicians, throughout the eighties, having left school, Colin hit the road with a number of original bands (bands who write and perform their own songs) and as with a majority of those bands, found himself making just enough money to cover the fuel to the gig and back and even some food on the odd occasion!
During the nineties Colin became a very sought after musician, his ability to play guitar in a whole host of styles meant that it wasn’t long before he would be touring with artistes such as The Supremes, The Searchers, Gerry Marsden (Gerry and the Pacemakers), even playing at a Country festival with Johnny Cash! From 2001 Colin entered the world of the shows. Amongst others, he has toured with Starlight Express and High School Musical. He then hit London’s West End to play guitar in Joseph, Hairspray, Grease, Prescilla Queen of the Desert and is currently one of the resident guitarists on The Lion King. 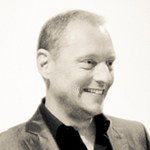 Following a period of writing and performing his own songs, Adrian joined the Saffron Walden based ‘Blues Brothers Review Band’ which performed in venues throughout the UK including The Saffron Walden Carnival. He then joined, as lead vocalist, Cambridge based soul band ‘Other Commitments’ – a line up of musicians that would perform songs from the film. During this time he supported D: Ream, Mike and the Mechanics, Sister Sledge, The Cranberries and The Lightning Seeds. In 2000 Adrian left the music scene until early 2002 when he received a phone call from Julian to ask if he could help out with ‘a gig?’. Adrian has remained in the band ever since! 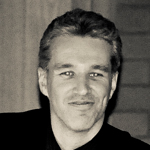 Titch was just fourteen years old when he performed his first professional gig on bass guitar. Since then he has played a number of BBC radio two broadcasts, and performed at several different jazz gigs throughout East Anglia and London. He has played bass guitar in London’s West End on many shows past and present. 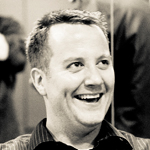 Throughout his musical career Steve’s versatility, and ability to play all styles of music has made him a highly respected and sought after drummer. Along with Superstition, he has played drums for The Nolan Sisters, Toyah Wilcox, Sheila Ferguson, Zoe Tyler, Sean Williamson and Mark Rattray. Steve currently teaches drums and percussion at, The Friends School Saffron Walden and Hills Road Sixth Form College, Cambridge. Steve is also the drummer for the pantomime at The Cambridge Arts Theatre. ‘Oh no he isn’t’! ‘Oh yes he is’... 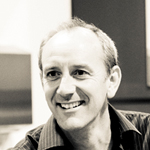 After being told he had the perfect lips for the trombone while at school, there was no holding Nick back – it's only in later years that he's realised that it probably just meant there was a spare trombone in the instrument cupboard! He gave up playing classically on discovering that one couldn't take a pint on stage in a classical concert and so launched himself into a world of jazz, funk and general trombone debauchery. When not gigging, Nick runs the Bury St Edmunds Festival and programmes the Apex, a new concert hall in Bury St Edmunds.

Paul is an established professional musician and actor. He is the founding member of the Cambridge based brass ensemble, ‘Prime Brass’ which enjoys both national and international recognition. Throughout his musical career, he has performed with well known artistes including Katrina and The Waves, Walter Trout, Don Airey (keyboards, Deep Purple) and Bernie Marsden (Whitesnake). He has worked as musical director on a whole host of shows and owns a theatre production company called Fledgling Productions. 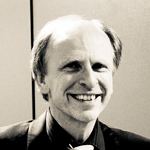 Following his graduation in music at Bristol, Greg embarked on a varied career which included playing in theatre pits, hotel lounges and on cruise ships. He eventually moved back to his place of birth, London, where he performed regularly at many of the capital's jazz venues including Pizza in the Park and the 606 club in Chelsea. During this time he also performed with Sister Sledge and saxophonists Andy Sheppard and Tim Garland. He has written a musical version of ‘The Great Gatsby’. He currently lives in Cambridge and is the ‘Jazz Piano Specialist Tutor’ at The Leys and St John's College Schools in Cambridge and at The King's School, Ely.